We’re not sure exactly why, but we figured that one night in Paris would be enough to see everything we’d want to see. It’s probably because we didn’t look into what we wanted to do in Paris. Once we got there and hopped on google, we realized we’d need a marathon 15 hour visit to do everything we wanted to do. And so that’s what we did.

Brian drove into Paris with Laurel and the previously mentioned Garmin navigating. He should have listened to Laurel and not the Garmin, as she would have helped him avoid the roundabout at the Arc de Triomphe. After exiting the roundabout, Laurel remembered that she’d read those merging had the right of way…which explained all the yelling and gesturing from incoming cars.

We arrived at our Paris digs after a mile walk with our bags from the train station where we returned the car. We left the apartment by 6pm and headed out to see the Louvre and whatever else we happened to walk by. Arriving at the Louvre, we were pretty impressed by the detail in the architecture and the number of statures adorning the buildings. How many artists must it have taken, and how long? We meandered down through the gardens, took the obligatory “we’re at the Louvre!” photo, and headed to the Champs Elysee where we discovered something awesome – Velib. It’s the Paris version of Citibike (or Citibike is the NY version of Velib) where 1.70 Euro covers 24 hour access to bikes, and they’re free as long as you use them for under a half hour each time. We hadn’t planned to see the Arc de Triomphe up close, but with bikes there seemed no reason not to. Besides, biking up the Champs Elysee brought back fond memories of fighting cabs and trucks while biking through New York City.

We’d been eying the spire of the Eiffel Tower since passing the Louvre, and since the bikes gave us unexpected mobility, we headed for it. As at the Arc, the lines to go up the Tower were rather long, and given our short stay we enjoyed the view from the ground, returned our bikes, and began meandering our way from the Eiffel Tower to Notre Dame.

Had we had working phones, or looked at a map, or asked someone, or thought about it, we would have realized how long a walk it is from the Eiffel Tower to Notre Dame and hung onto the bikes. At first we enjoyed basking in the glow of Paris in early evening light… and then we were just tired and wanted to be there. An hour later we found ourselves starving (Sunday night – too late for real restaurants to be open) and passing Shakespeare and Co. We stopped in because it was there and we love books and we wanted a break from endless Paris walking. They definitely have an impressive selection with intriguing recommendations, and we’d have bought a few if we didn’t then have to carry them across Europe.

After Shakespeare and Co, we crossed the river to finally see Notre Dame, which was beautiful at night and worth the walk. The Gothic architecture gave it an ominous and overbearing nature, which was a very different feel from the more uplifting tone of Mont-Saint Michel. Mont-Saint Michel felt like it was built to inspire with the glory of God, whereas Notre Dame seemed built to assert the fear of God.

After Notre Dame, we had one more stop for the night – Harry’s New York Bar where they claim to have invented the Bloody Mary. It was also, supposedly, a big Lost Generation hotspot, and we’ve seen Midnight in Paris enough times to be sold by this fact alone. After more walking and finally giving in a hailing a cab, we arrived at the right address… and saw the door closed and lights out. Unfortunately the information posted on their website was incorrect, and it was very much not open. We made a consolation stop at a late night creperie for a much needed snack, finally crashing sometime around two.

The next morning we were up, or at least upright, around seven to ensure we were amongst the first in line at the Musee de L’Orangerie to see the Monet Waterlilies before the crowds. We got to the museum twenty minutes before opening and had a realization – Paris is not New York. People do not line up here at 4am for a deep fried croissant or spend 15 hours sitting on the sidewalk for a free play, so our early arrival was wholly unnecessary. We were, when the museum opened at nine, the third and fourth people in a line of 12, and so we could absorb Monet’s paintings in solitude from the middle of the room without needing a ladder to see over the crowds. With their larger-than-life lilies and peaceful oval shapes, Laurel could have sat in these rooms forever. They felt exactly as Monet had intended them to – a calm retreat from the outside world. The rest of the exhibits were interesting, though Brian really didn’t get many of the Picassos. Any of the Picassos, really. Monet was certainly the highlight, and rightfully so.

After leaving the Museum, we made a quick stop at Angelina, a patisserie purported to have incredible macaroons, before finding a street side cafe tucked away from main avenues to enjoy breakfast. Overall, we had a great time in Paris and would do it again, however we might add a few days and spread things out a bit. The macaroons, by the way, were the best Laurel has ever had. And she’s had a lot. 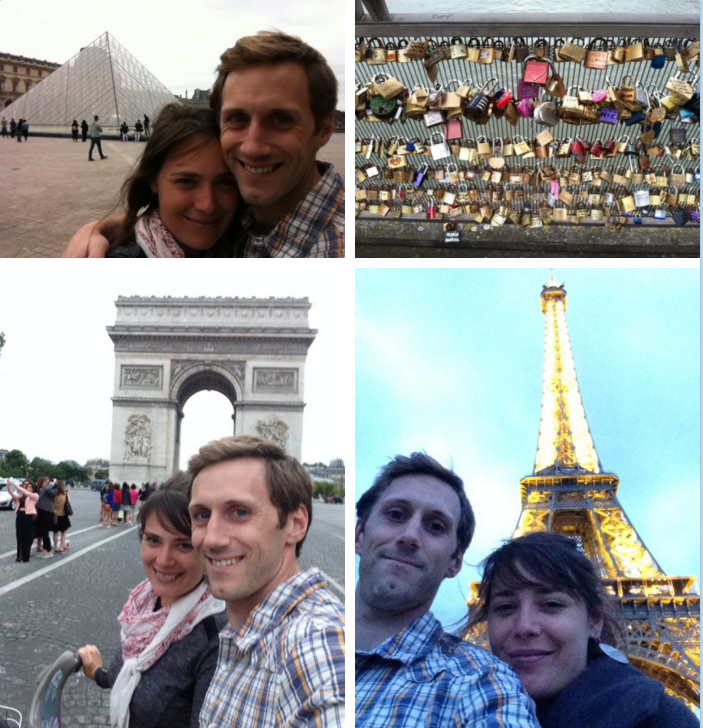 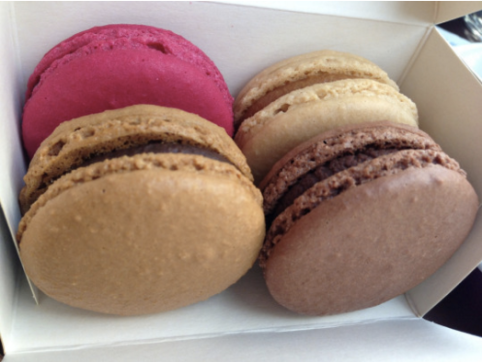 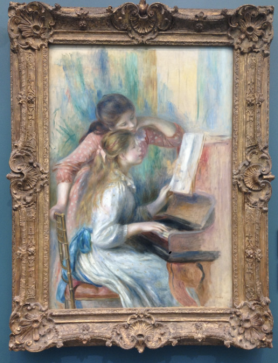 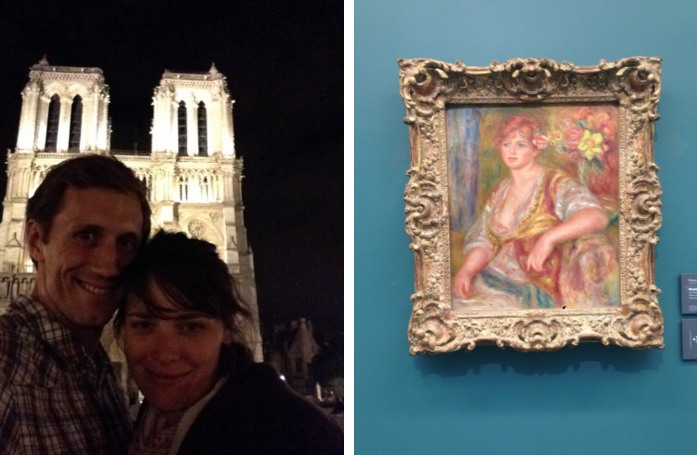